What is it that today some of us are connected to all parts of the world via internet (and might even know hundreds of colleagues internationally) but we might not know any of the people who live with us in the same apartment complex? At the same time, many others around the world are in constant state of fear and paranoia form war and terror?

Oklahoma teachers continue with their strike and begin a massive walkout for the second day over school funding. We want to express solidarity with teachers and educators around the world. It’s time to stop privatization and start taxing the rich. Red May is connecting cities around the world during May 2018. Workers, artists, and activists will organize in different parts of the world against the forces of capitalism, imperialism, and colonialism.

Red May is a vacation from capitalism. During May, we assume that market is not the solution to the problems that market creates. We are becoming communal to show that another world is possible. If we are told that future is tense, and the world is becoming a militarized state of policing, we exercise love to challenge the police and that future. We occupy buildings, lobbies, libraries and cafés. We wave red flags to disrupt the everyday and express solidarity with those who live under a constant condition of normalized war. We demand demilitarization of police and socialization of education, internet, healthcare, public transport, etc.

If the market demands workers to be competitive, collaborative, evaluative, hybrid, self-sufficient, workaholic and entrepreneur… It’s time to reclaim the public space from the market. If Amazon is treating Seattle like its campus, we turn Seattle into our campus. If the geek economy demands the workers to have the similar condition as performing artists in terms of the wage labor, we artists demand the rich to start paying their fair share of taxes.

This Might Not Work and RED MAY Collective is seeking participation, collaboration and volunteership for the second RED MAY festival happening in May 2018. Red May consists of:

For this year, we are looking for: (1) Artists from different backgrounds who are interested to send a proposal for the online exhibition, priority is to people of color, LGBTIQ, immigrant, nomad and disability activists. (2) Organizations that are willing to join in hosting Red May TV or events. Email dismightnotwork@gmail.com for more questions or to participate. (more)

Red May, Seattle’s month-long festival of radical art and thought, debuted last year with 42 events in 30 days presented in bars, coffee shops, art galleries and movie theaters. Now we’re back for Year Two, with the same invitation to Seattle residents: take a vacation from Capitalism, assume for a month that the market is not the solution to the problems that the market creates, riff on red.

This year’s festival is celebnrating the Black Radical tradition. In the wake of the UW’s year-long series on Race and Capitalism hosted by Megan Ming Francis and Jack Turner, Red May has invited exciting young scholars from universities around the country to discuss their work.

The project will operate as a network of art exhibitions with the themes of ‘networks’ and ‘reverse image’ made to be shown in exhibitions, window fronts, apartment shows, workspaces, libraries and public spaces around the world during the month of May.  The Project started in 2017, with 20 works, from local and international artists and was screened in a verity of venues in Seattle and Helsinki.

The aim of the exhibition is to showcase artworks that are related to the contemporary condition of globalization, networks, and alternative possibilities. The theme of the exhibition, as well as RED MAY festival, is a month-long vacation from Capitalism. The rules? There are only two. First, riff on red. And second, assume for a month that the market is not the solution to the problems that the market creates. Email dismightnotwork@gmail.com for more questions or to send proposals. 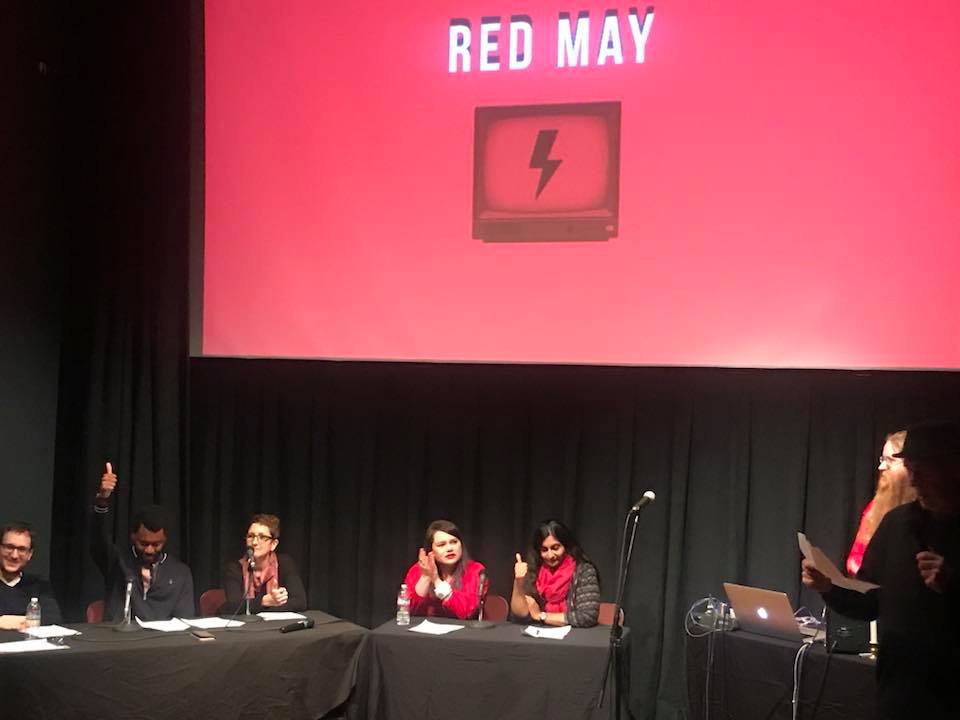 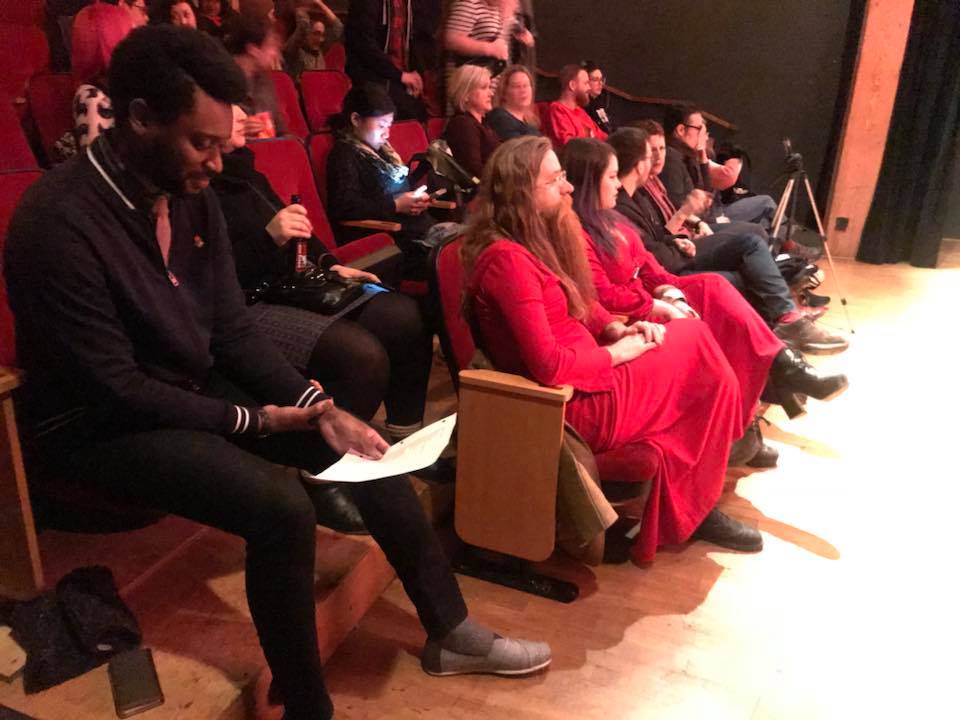 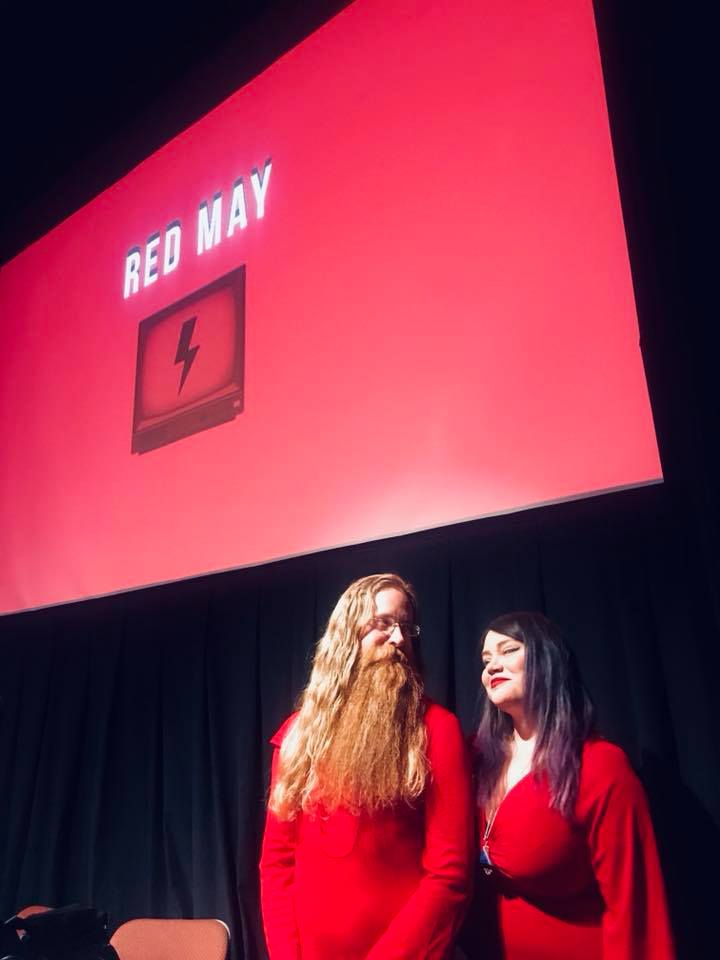 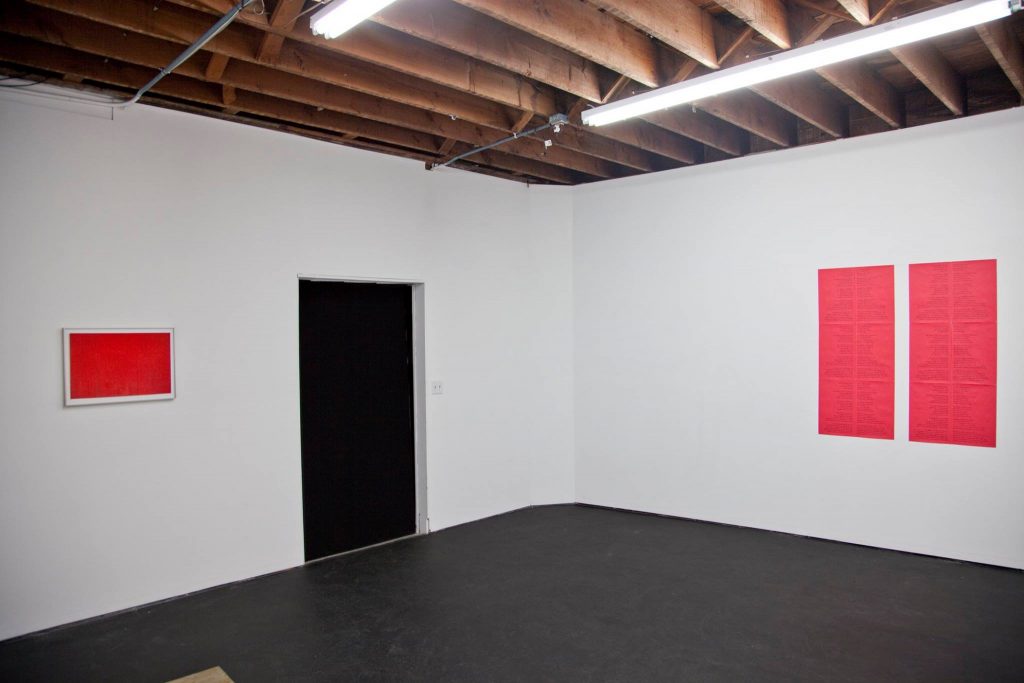 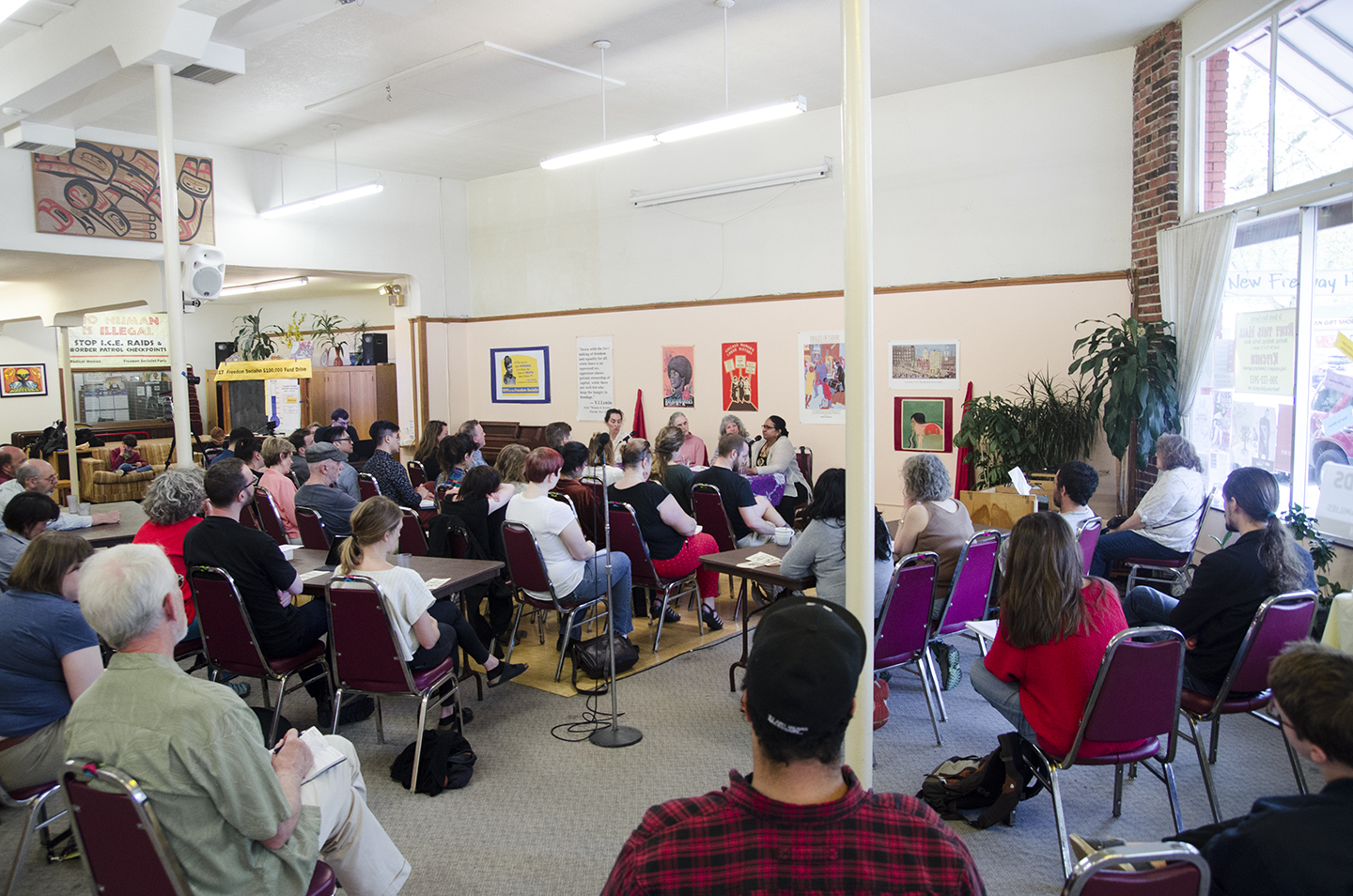