“As an artist in society” a seminar by Irmeli Kokko, will host a conversation with Paul O’Neil (Artistic Director of Checkpoint Helsinki), Christine Langinauer (producer, Academy of Fine Arts) and moderated by Pontus Kyander (lecturer Academy of Fine Arts). The event is simultaneous with the Reading group session.

Citizenship is constantly being redefined within the public realm for demands of equality and liberty. Artists as culture-producers are able to play a big role in transforming this notion of citizenship and question the preexisting categories of “active citizen”.

Paul O’Neill is an Irish curator, artist, writer and educator. He is the Artistic Director of Checkpoint Helsinki. Previously, he was the Director of the Graduate Program at the Center for Curatorial Studies (CCS), Bard College from 2013 until July 2017 and is one of the main organizers of the Symposium: Curating After the Global.

Irmeli Kokko-Viika works as a lecturer at the Art and Society study program at the University of Arts Helsinki / Academy of Fine Arts, Finland. She earned her Master’s Degree in Cultural Policy from the Department of Art Education at the University of Jyväskylä. Her research interest and field of expertise is the international artists’ Residencies as a learning environment for learning and artistic development, and she is the founder of the Helsinki International Artist Program – HIAP.

Pontus Kyander is a curator, art critic, currently lecturer at Praxis MFA Programme at the Academy of Fine Arts and co-curator of Gustav Metzger’s retrospective Act or Perish (CSW Torún, Poland; Kunstnernes Hus & Kunsthall Oslo; MUSAC Léon, Spain). He has known and worked with Metzger since 2001, and previously curated Metzger’s exhibition Work at Lund Konsthall 2006 and co-curated his exhibition Work 1995-2007 at Zacheta National Gallery of Art in Warsaw in 2007. In 2005 as editor for SVT Format, he co-produced a documentary on Metzger’s art for Swedish TV.

Christine Langinauer is a curator and writer, working as a producer in the Academy of Fine Arts, Helsinki. Currently, she is producing public art projects for the academy in collaboration with the HUS hospitals and the forthcoming Children’s Hospital. During 2014-2015 she was acting executive director of Pro Artibus Art Foundation, which works with e.g. percent for art projects. Langinauer was active in founding Checkpoint Helsinki and part of the XL Art Space in the center of Helsinki between 2011-2015. She took part in the CuratorLab -programme at Konstfack in Stockholm in 2016-2017.

The reading group is reading an essay by Paul O’Neil titled Three stages in the art of public participation: the relational, social and durational. In the text, with references on modern, post-modern and contemporary art we get a precise analysis of participatory art and its function in durational works; a perspective that is emphasized as “public time” rather than space. 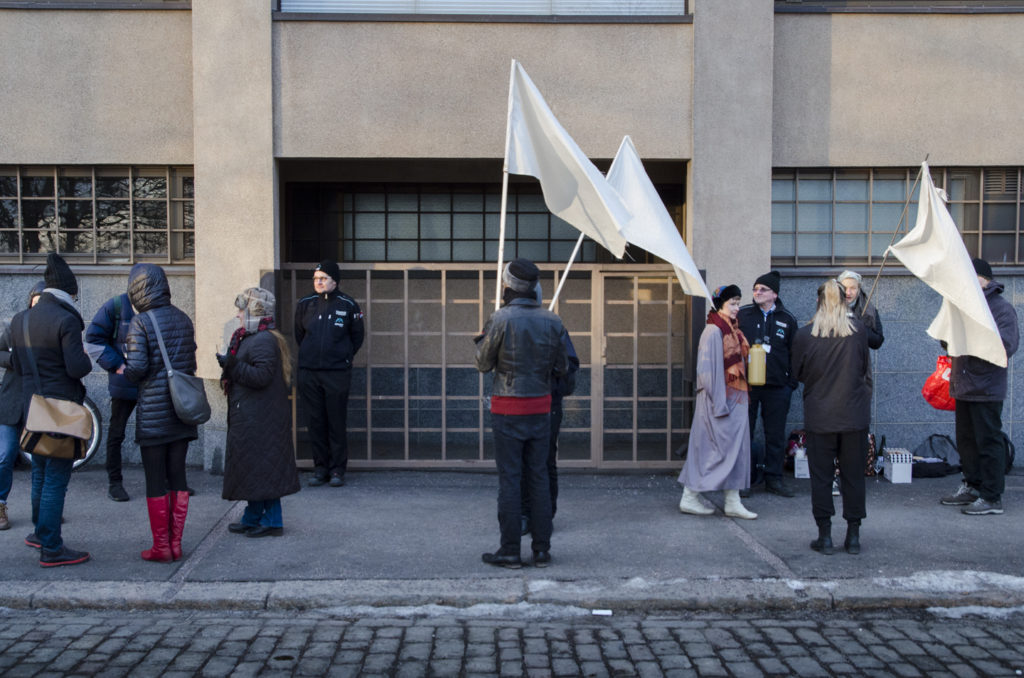 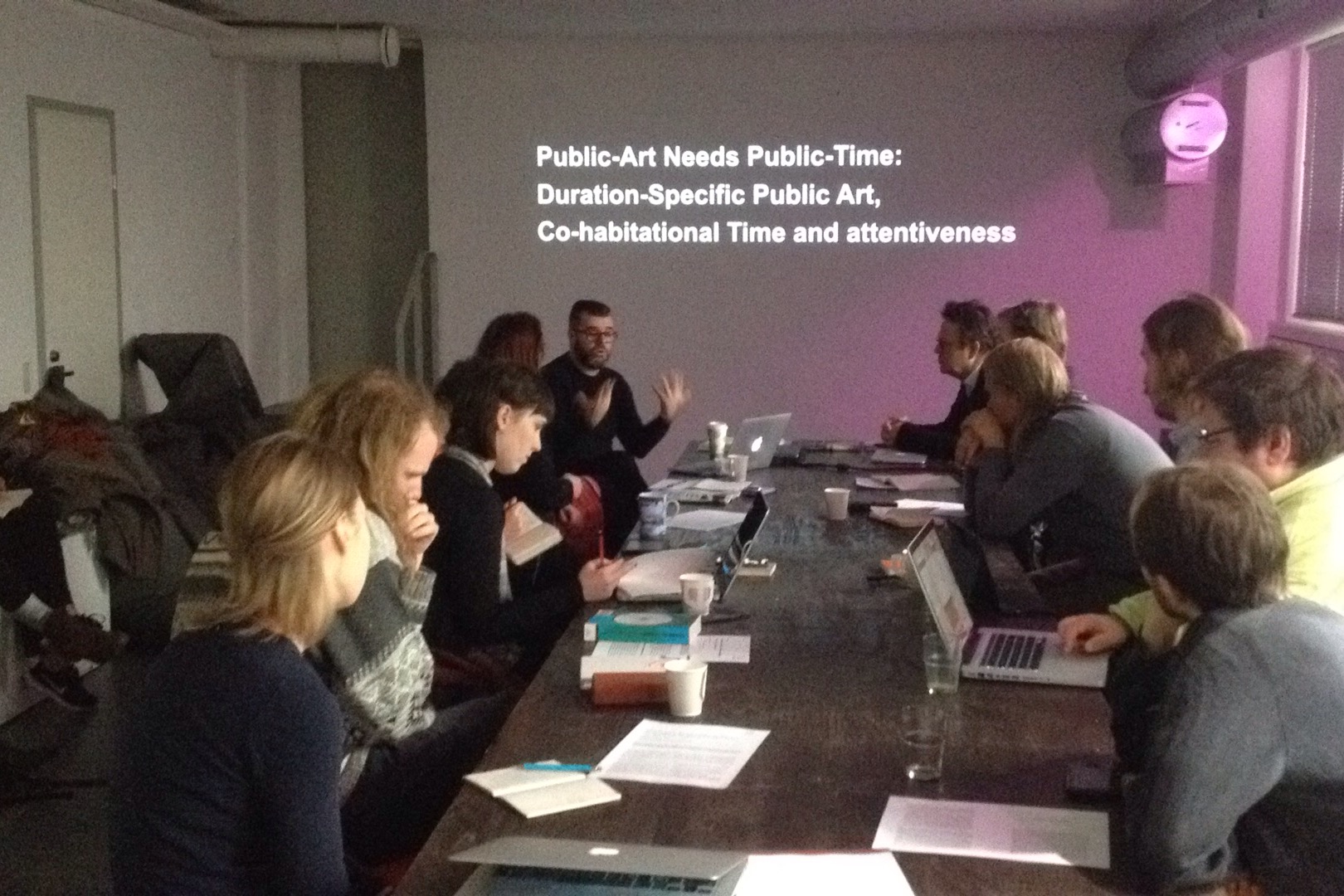