Continuing with the theme of Crime & Criminalization, the reading list will focus on the differences between individualism and collectivism. It also reviews the similarities between the operation of artists collectives (culturally, economically and politically) and illegal communities or criminal collectives antagonistic to the hegemonic powers. In an individual level, the position of the artist in contrast to the state is similar to a powerless criminal. As Ngũgĩ wa Thiong’o mentioned: “The state has its areas of performance; so has the artist. While the state performs power, the power of the artist is solely in the performance.”

Art has been taking for granted as a privileged device to promote social collectivism and cultural prosperity through imagination and its exceptionalism of anti-market production. Yet this aspect of art has some crucial similarities to the collective and communal idea of organized crime and/or criminalized humans by ideological state apparatuses. At the same time, the fancy and luxurious international zone of the art world with its numerous museums, institutions and biennials are sponsored and often used by big corporations for practicing liberalism, manufacturing consent and sometimes money laundry (Beretta family, Charles Saatchi, Sotheby’s and Christie, etc.)

Within this domain, the differences between “class” and “privilege” become crucial. As Chin-tao Wu research showed in his 2007 “Biennials Without Borders?”, Globalization in the art world is another fancy name for Westernization. Malcolm X said in an interview: “Every oppressed people, no matter how neat and humble they are, after you drive them so far, they are going to strike back!” Throughout modern history, there have been always certain artists and artist groups who were -directly or indirectly- criminalized, censored or prohibit by supporting a movement or simply belonging to a certain socioeconomic group. This relationship is in contrast to social, economic or political power (institutions, corporations, state, the majority, etc.) We will examine the role of art in our controlled political ecosystem with its excessive surveillance and securitization.

“The postcolonial state exhibits similar sensitivities. The collective expression of joy and even grief outside the watchful eyes of the state may, in some instances, constitute a crime. So the postcolonial state tries to enact limitations similar to those of the colonial state. So exile is a way of moving the writer from a territorial confinement, where her acts of resistance might ignite other fields, into a global “exclosure.” -Ngũgĩ wa Thiong’o

“In 2001, a few weeks after the 9/11 terrorist attacks, the Whitney Museum of American Art, which was holding its Biennial exhibition of contemporary and cutting-edge art, got a phone call from an unlikely source. An FBI agent was interested in a drawing in the exhibition by the late conceptual artist Mark Lombardi, who had committed suicide the year before. The agent asked to see the drawing, and to obtain a copy of it for the investigation into the attacks.” (Link) Following 9/11, the US government funded two important books about this important event, “9/11 Commission Report” and “Encyclopedia of Terrorism -published by Facts On File”. In contrast to these publications, Verso published a book entirely made from speeches and letters of Osama bin, edited by Bruce B. Lawrence. Simultaneously, Patricia Goldstone wrote about Lombardi exposing Harken Energy, Arbusto Energy, BCCI, First American bank, the Bush dynasty and their close financial connection to American, Europan and middle eastern terrorist organizations, money laundry, and illegal banking. 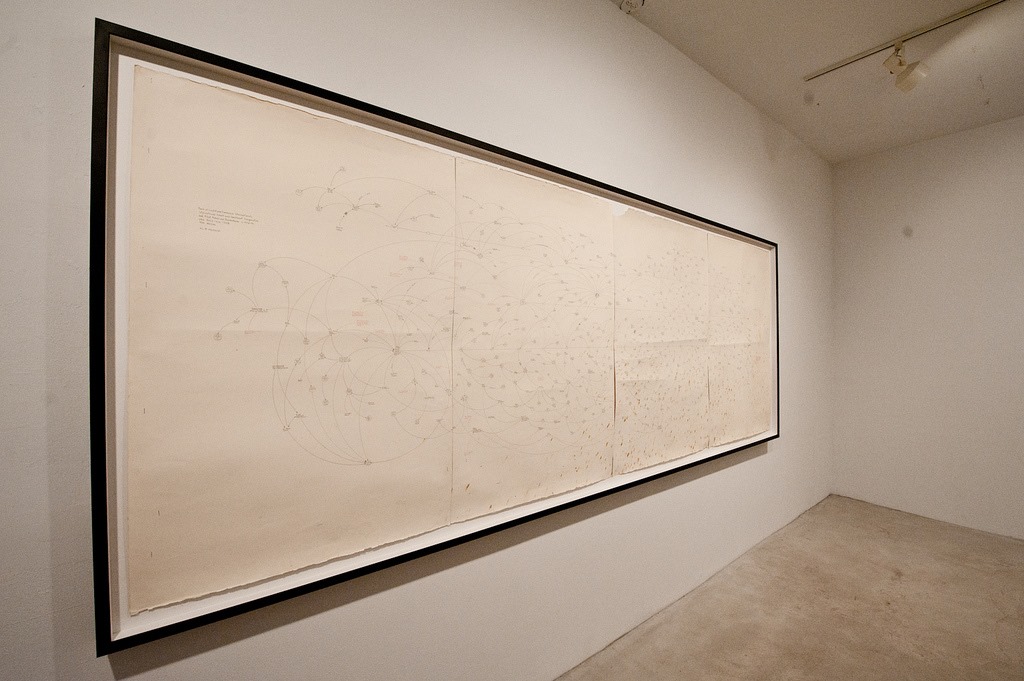 Reading materials for the session: 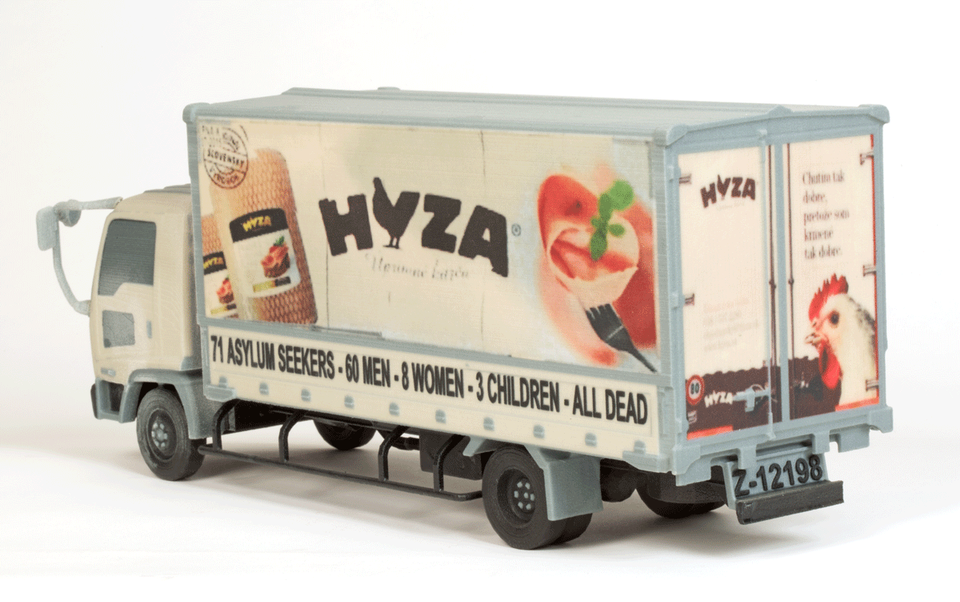 Siah Armajani’s Room for Asylum Seeker (20-17) from his series Seven Rooms of Hospitality (2016-17). Rossi & Rossi is showing works from the series at The Armory Show