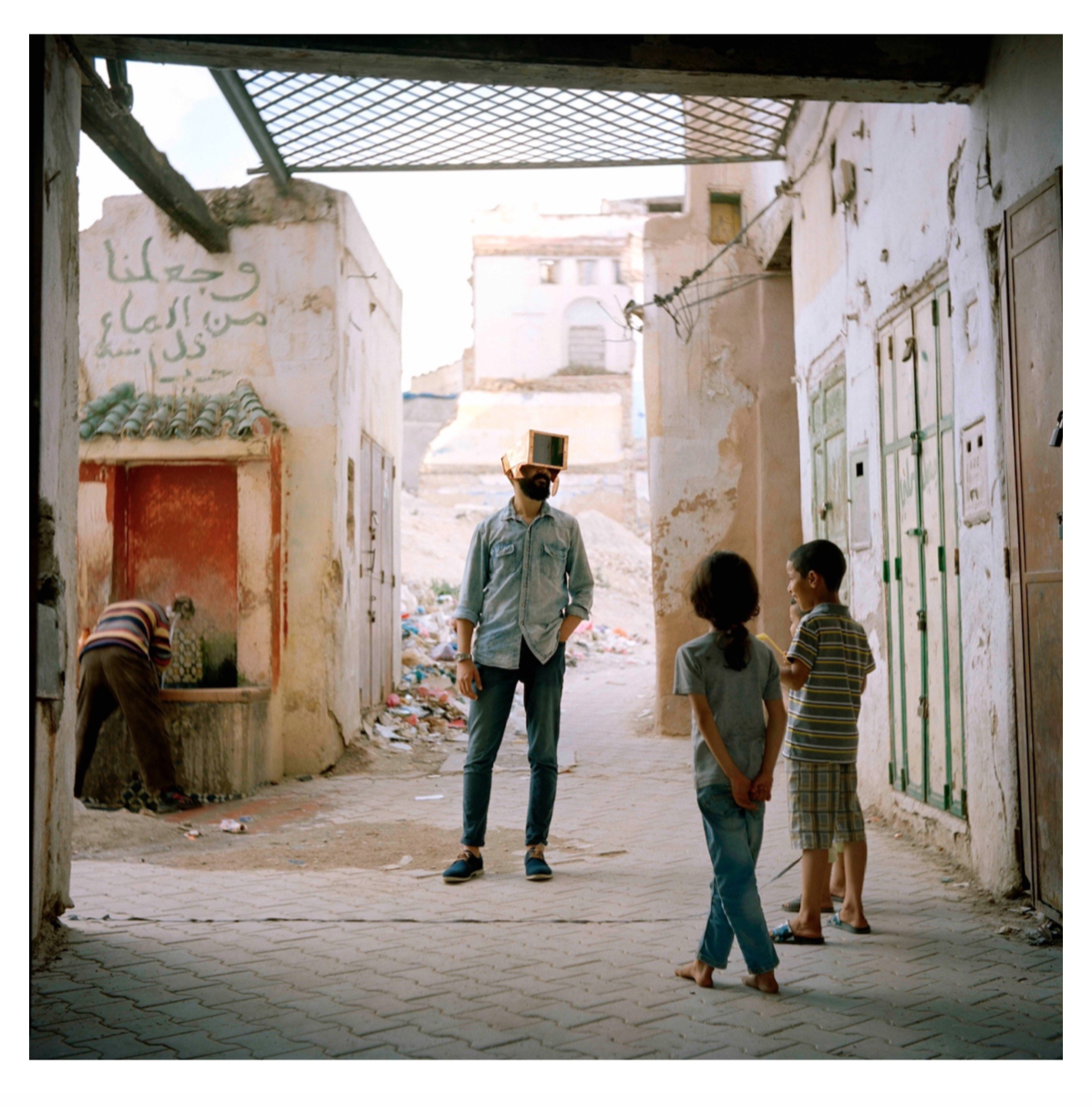 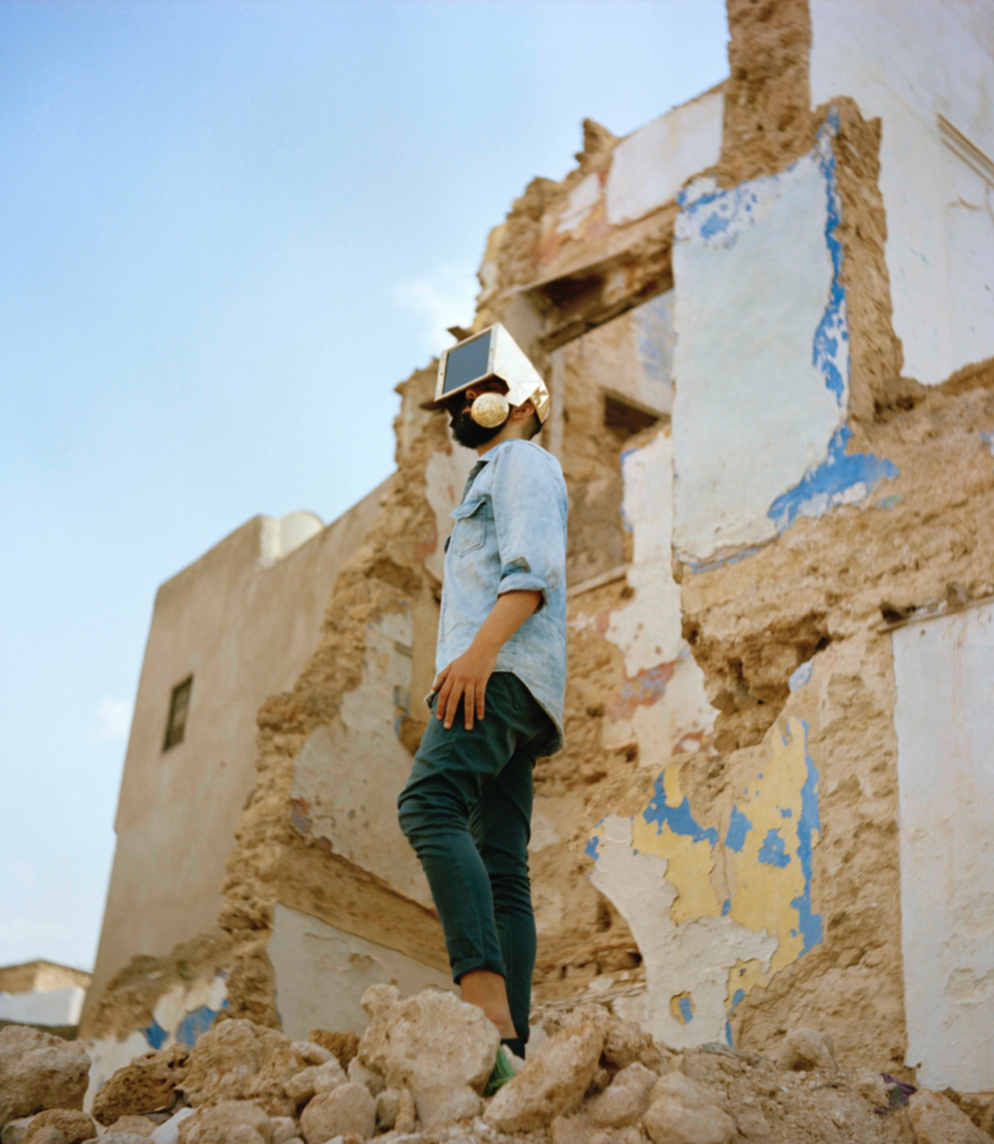 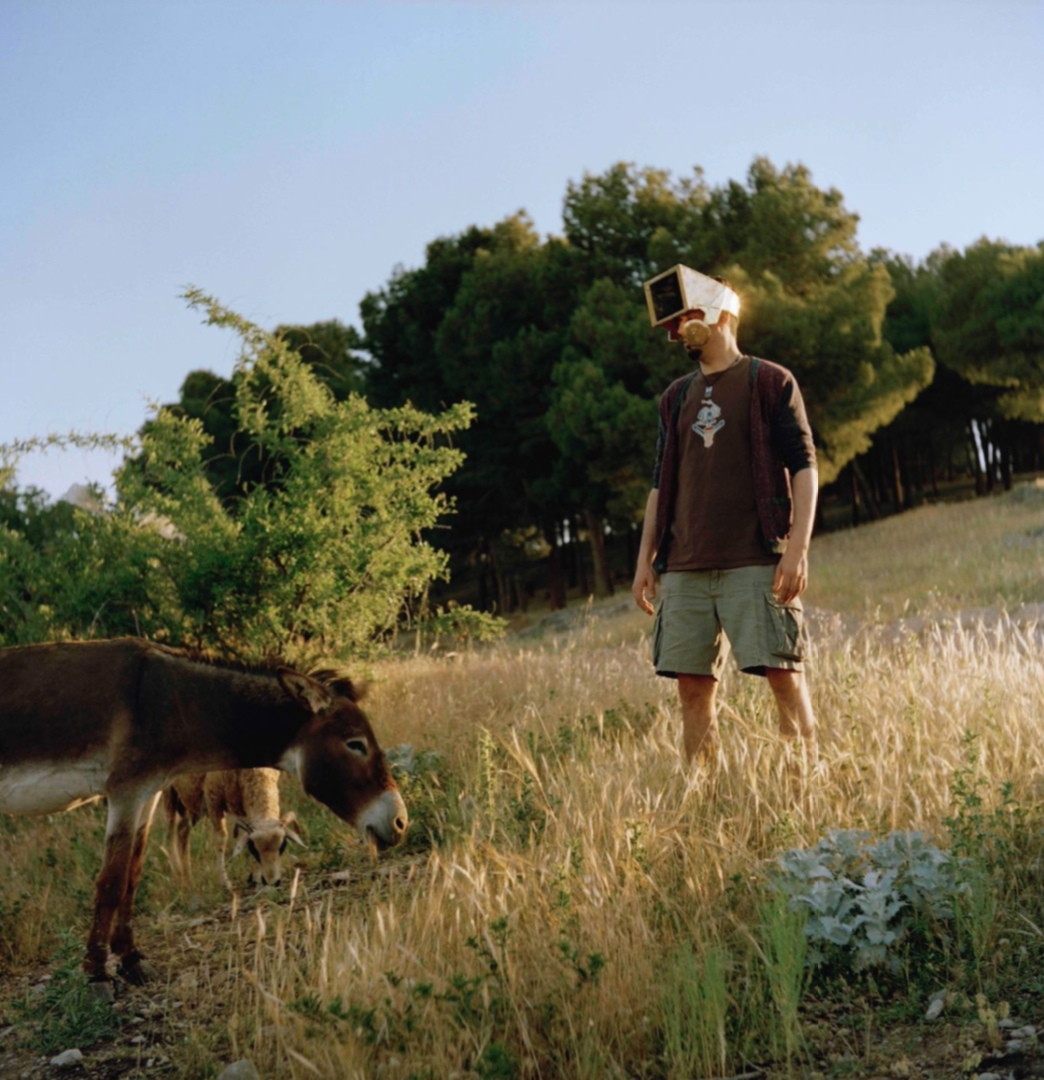 In Monitor Man, Yassine Khaled creates an embodiment of virtual communication in public space. The artist wears a helmet affixed with an iPad, which offers a real-time connection to a person outside of Europe and Western world. Through the use of technology and his own body, Khaled uses the performance to transgress actual, national borders which separate people. The performance is an opportunity for people to meet with someone who is physically far away and restricted in their freedom of movement. Monitor Man was inspired by the current refugee crisis and how it is unfolding in relation to the internet, social media, and the omnipresence of technology. The project began on the streets of Helsinki, but is ongoing, as the artist presents the work in different locations around the Western world.

Technology offers the possibility to connect more people than ever before, yet paradoxically, the rise of smartphone technology is linked directly to a rise in depression and anxiety, particularly in the West. Khaled pares down the ambition of technological platforms like social media. He focuses on one-to-one connections over vast networks of loose connections. In this work, technology is used as a means to connect people, with reactions ranging from deep empathy between geographically distant bodies to subtle gestures of avoidance and dismissal. The role of Khaled’s physical body merging with the face and speech of someone elsewhere heightens the feeling of human confrontation, which can disappear in cyberspace. By merging his physical presence with the digital projection of another, he confuses his own identity and lends his body to a common subject.

Yassine Khaled is a Moroccan visual artist based in Helsinki. His sculptures, installations, performances, paintings, and videos focus on the disparity between the power and wealth of some, and the powerlessness and poverty of others in our globalized world. Yassine is specialized in visualizing power relations between individuals caused by, for instance, ever-increasing gaps in wealth, socio-cultural differences, labor conditions, educational opportunities — the conditions that determine one’s level of comfort and stability in society. Yassin was born, raised, and received his artistic training in Morocco and currently lives and works in Helsinki; this geographic and cultural shift has had an evident impact on his work.

Yassin has been the Honorary Mention at Prix Ars Electronica (Linz, Austria, 2018) for his longterm-project Monitor Man and the 2nd Prize for Artist of the New Generation, Morocco in 2014.