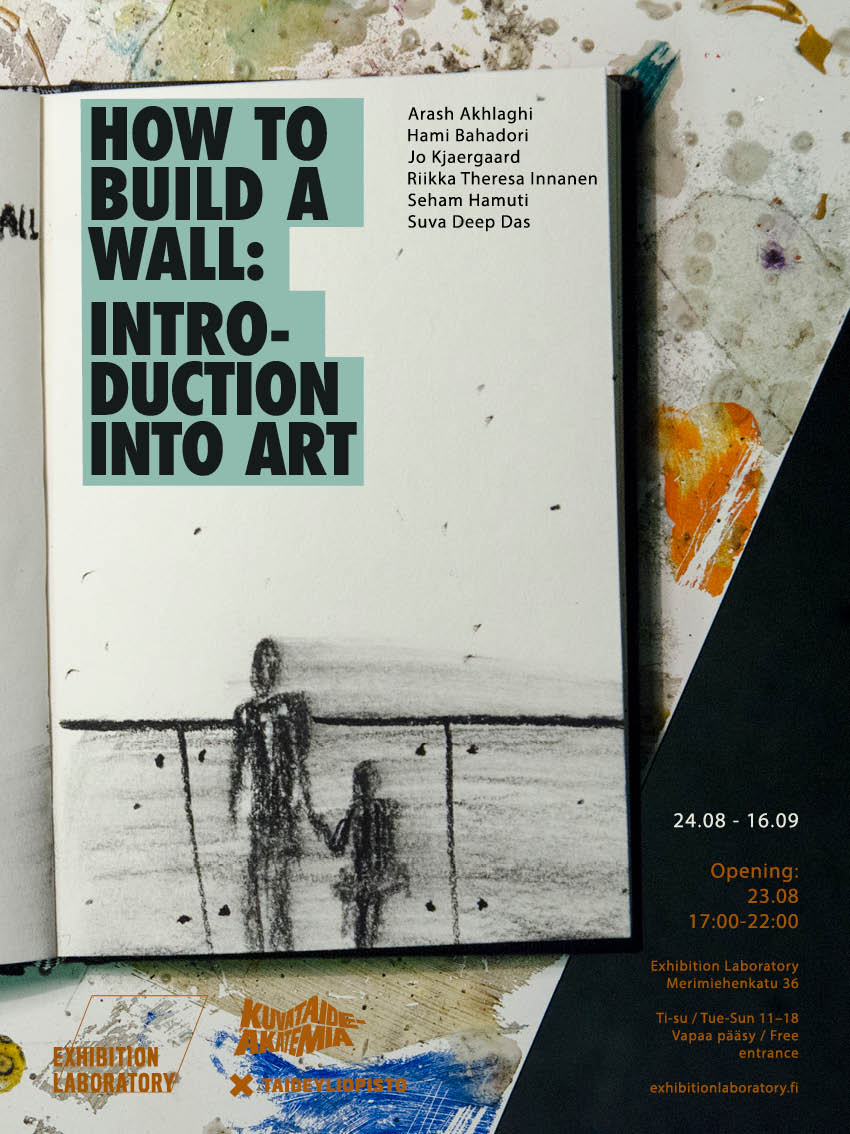 “it is not just bodies that are orientated. Spaces also take shape by being orientated around some bodies, more than others. We can also consider ‘institutions’ as orientation devices, which take the shape of ‘what’ resides within them.”
-Sara Ahmed – A phenomenology of Whiteness (2007)

“…nations themselves are narrations. The power to narrate, or to block other narratives from forming and emerging, is very important to culture and imperialism, and constitutes one of the main connections between them.” -Edward W. Said. Culture and Imperialism (1994)

“Walls built around political entities cannot block out without shutting in, cannot secure without making securitization a way of life, cannot define an external “they” without producing a reactionary “we,” even as they also undermine the basis of that distinction.”
-Wendy Brown, Walled States, Waning Sovereignty (2010)

“to regard society as one single subject is, in addition, to look at it wrongly; speculatively”
-Karl Marx, Grundrisse (1857)

How To Build a Wall: Introduction into Art is an exhibition and group project visiting intersections of ‘art production’ and ‘cultural dominance through exclusionary methods’. Inspired by Edward Said’s culture and imperialism the project will incorporate the relationship between: history and structure, structure and space, space and bodies. The artist group will also host a number of events and performances at the opening, and later during the exhibition. There will be a public talk by the acclaimed social anthropologist Shahram Khosravi on 04.09.2018.

Suva is working with different aspects of public anatomy – making and doing something with the public. The tools of intervention, interaction, anticipation, perception and the sense of community. He is interested in engaging people to perform, and to have access to collective understanding of the form. He combines the notion of Body and material in his performances. The question of the existence of ‘the Other’ in the space of ‘An-Other’ formed into an important area of his work. His status as an outsider, intermingling through performances and actions in a foreign land, is an important approach, more in the line of hyphen rather than a slash. He combines Music, Visual Art, Bodily writing in his creative process.

How Does it Feel to be a Crisis?
We live in a time of wall fetishism. Never as today have human beings been so obsessed with building walls. Walls are, however, old. Empires built walls, from the Great Wall of China, to Hadrian’s Wall in Northern England  and the Limes Tripolitanus of the Roman Empire in North Africa to keep “barbarians” out. And if we look closer we can see that there are still traces of the old imperial visions in the modern borders and border walls. In this talk I will look at the connections of wars and walls; walls and empires. I will argue that there is a link between the installation of border walls (here) and the unsettling of communities (there). The current border regime is part of a larger and older project of colonial accumulation by dispossession and expulsion; stealing wealth, labor force, and time. I will also argue that border crossing discloses the cracks in the dominant narration of borders and that travelers without papers denaturalize what are otherwise naturalized borders, politicize what are otherwise depoliticized borders. I will illustrate this argument by following travelers without papers along the railways in the Balkans; tracing Afghan deportees in Kabul; and narrating the social life of the materialities used in the wall between Mexico and the US.

Shahram Khosravi is Professor of Social Anthropology at Stockholm University and the author of the books: Young and Defiant in Tehran, University of Pennsylvania Press (2008); The Illegal Traveler: an auto-ethnography of borders, Palgrave (2010); Precarious Lives: Waiting and Hope in Iran, University of Pennsylvania Press (2017), and After Deportation: Ethnographic Perspectives, Palgrave (2017, edited volume). He has been an active writer in the Swedish press and has also written fiction.