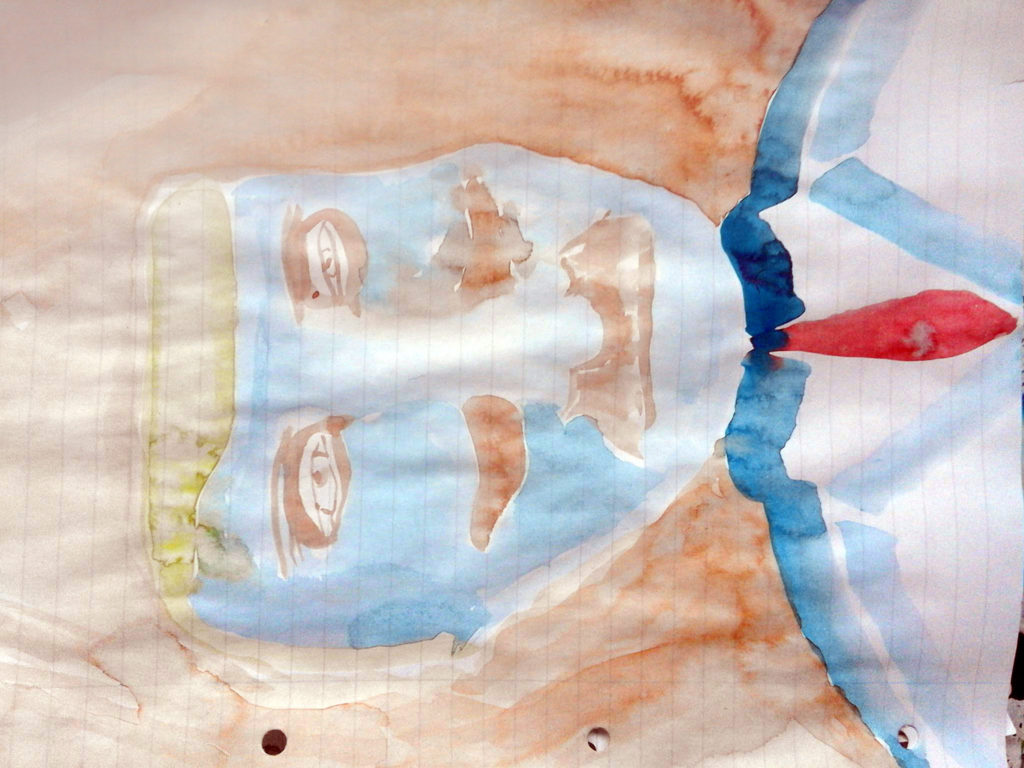 Simulation and the Algorythmised Summoning Word
What happened when I completely stopped mentioning Kenneth Goldsmith online for a year and what does it mean for Donald Trump.

”Words are powerful” said Obama. And see what Donal Trump has done simply by saying it.
By sentencing we create don’t just create universes or narrate histories and futures but communicate intrinsically about the actions that need to be made today.

I never had a relationship with Kenneth Goldsmith beyond following him on Twitter and Facebook and perhaps commenting here and there. As a heavy social media user I like many engaged in his words and thoughts through what he posted online, either critically, through hyperbole or plain and simply liking, reacting and emoting content he created.
The only direct communication we had was, in fact, in regard this project, he retweeting my message to the world that I said that ”for 2015 I promise not to mention @kg_ubu once in either twitter, fb, or other social media.”

Now I must be upfront that I did not consider this through when I undertook the task of not talking about Kenneth Goldsmith. If I had I would have screencapped every post of his that rolled across my eyes on social media and from this made more accurate deductions as to the way social media algorithms manipulate the way in which we receive each other.

As I look at the feed of Kenneth Goldsmith I am struck that I remember 4 of the many posts. Perhaps this was that most interesting thing that I was looking for? They were one to do with Walter Benjamin, one to do with women composers, one picture about destroying poetry (in text), and something else that I should have gone back and checked. So my previous estimate before checking, which I am sure was about correct of about 15 posts that year, was clearly wrong.
Written before looking at Kenneth Goldsmiths feed: ”As it is, I did not, but I have kept a tab, or an estimate of the times I saw his posts. Of the mentioned medias, not one did I see on twitter, and I will give a high estimate of 15 posts total over the whole year on Facebook. And this is from a man who has posted 12 posts since the 30th of November.” On a more sober check I found those mentioned four.

Anyway, I was paying absolutely no attention before, or they were in fact filtered from other years.

The thing is that when I saw a post by Kenneth Goldsmith rolling up I was determined to keep on rolling, as if I was rolling past something dangerous, because I knew from previous experience that if I stop to look at what it is Facebook will recognize this stop and from the amount of time I spend looking at the post the algorithm will markedly change what I see. Thus I did not allow myself to have the time to screencap what it was. Now reflecting, this determination was perhaps the biggest mistake I made, because it took away my possibility of analyzing in detail what came in front of my eyes. With this in mind in mind it is worth exploring surveillance and the Trump effect.

Other posts of KG worth mentioning were a Finnish educational project which eerily simulated the actions of Kenneth Goldsmiths project at Penn State University ”Wasting Time on the Internet”. Another missed opportunity for rigorous analysis, is the question how many times in the same period did I see his presence when I do mention Kenneth Goldsmith online? I would go so far as to say that this was anything from a weekly to a daily occurrence. Given how much my memory seemed to lie reflecting now, this seems a like a fairly worthless estimate.

Now I have a lot of the same interests as Kenneth Goldsmith, I am heavily involved in social media and understanding the internet, I work in contemporary art, I am an academic doctoral candidate, I write and publish experimental literature as real paper books and online, I work in contemporary music and evidently he likes women composers. Now why did think I saw a total of 15 posts over 12 months from someone who’s interests are so similar only by avoiding talking or seeking information about his projects and ubuweb online?
In the above I have wanted to start opening up the experience of self censorship in the time of Trump. It is no longer the case that when you do not talk about something or someone that its effects are not visible to you in social media. The choice of the algorithm has overcome the choice of the individual.

This exercise is important it shows is the importance of understanding the way the modality of our communication is controlled by algorithms. By modality I mean, for example, that the pacing and rhythm of messages, these are controlled in a way which we have no way of proving, neither any access to original source of choice.
A great example of this is internet phone calls: most people believe they are immediate as if they would be talking in the same room, while in reality everything that is said is recorded, buffered and passed onto the reciprocator and vice versa in a way which mimics the natural feel of a conversation, when in reality when one says something and when another receives this word might be seconds apart. Thus a conversation is simulated, this is only new as in it exists in continuous groups.

But this simulation applies to everything online. When you type something in and it appears on your browser is not the same thing as when someone else sees it. The network by which someone sees something you have posted is extremely complex and the formula incorporates a ton of information about the way everyone you are in contact with and their interests interact in time.
Conclusion.

What I hoped my experiment would show is the total investment of this online simulation towards words. That I did not name Kenneth Goldsmith caused me to not see him. This was my hypothesis. Past all the lists of preferences Facebook keeps for its buyers, all the images, all the recordings, which to my eyes seemed fairly odd, and absolutely worth scrolling through.
Can we call this word name?

Now academics argue that this simulation and other simulations related to being online are the cause for alienation. That these simulated intermediaries between humans are part of the root cause of the alienation people feel from each other, from nature, and so forth. Now the reason I argue with people about this is that I have never felt alienation for this reason. For me the whole system functions on rhythms and pacing and when it feels natural it is true. And it is true subjectively which is felt but it is repeated objectively in the system.
This is very different to what it is, a simulation. Now understanding this is fundamental to what I’m about to say.
It is possible to control the algorithm by expressing desires. Desires for objects, people, ideas, the key is that you must say it. In other words by poetry.

In a way this poetry acts like summoning words. By summoning I mean the very same thing, that I call for something and it appears.
What you type into most, will mostly appear, and the algorithm is able to read tone of voice as well as world content. The results are often displayed immediately on my feed. The weakness are only your friends, but you cast for content.
This precise mechanism is the way in which the internet has enabled subcultures and new identities to thrive from the Chinese gay movements starting in the 90’s to the contemporary Trans communities. All these form from the intense desire to belong and be part of something that ones immediate surrounding cannot provide and in which one cannot express what one feels.

Now, you must be thinking, isn’t this in fact proof that the whole mechanism alienates us from each other, that the only way to stay in control of the system is to treat it as an extremely selective search engine where by anything outside a single sphere of interest is neglected? This is correct but why should this online activity be acted out outside the internet? The far right as their favorite tactique call it “play.” Samuel Becket wrote a play about it.

For the already alienated this mechanism which has been claimed to alienate has always supported the opposite, the construction of a community. And we have understood that in order to project this into the real world, we should project it into each other. Together.

In the text I asked the reader to imagine this situation with Trump many times, I do this because it seems to me it seems Turnip has exploited precisely this feature of the mechanism I was talking about.

Reality Television has become the newest political superpower because the direct mode of communication between commander and chief and legion is maintained through the functioning of the algorithm that keeps everyone bubbled on social media. Trump is a magnet. Under the system all information originates from him.

Poetry, literature, reading and writing are the only ways he can be defeated. Only active choice of words in the correct medium, social media, can alter the algorithm that affords the attention of the news media.

We need a mass poetry. Not just copy pasting and sharing but adding, always adding to the content precisely the choices to alter the rhythm and the pace and counter the desire for power emanating from the entertainment military complex.