In this talk, Jason Groves will explore the poetics of walking as it constitutes what Franz Kafka once called the art of “a bad career.” This was in conversation about the protagonist of Robert Walser’s novel The Tanners. For Kafka, Tanner’s steps that go nowhere or that are otherwise out of line with his colleagues’ shed light on the world. In these irregular steps Kafka, Walser, and co. critique the attempt to account for life within the metaphorics of the “course” (the curriculum vitae), while providing a tactic to resist an ideology of productivity. Accordingly, this talk will explore the promise of walking, where it (un)becomes work in the open-ended sense of l’oeuvre rather than the objectification of le travail, to open up space for an extra-curricular thinking emancipated from traditional methods, procedures, curricula, civic structures, and other forms of rectification.

Jason Groves‘ teaching and research in German literature and ecology address the unprecedented entanglement of the human and the nonhuman on an increasingly imperiled planet. He is Assistant Professor of Germanics at the University of Washington and his essays on literature, theater, performance, and ecological thought have appeared in Modern Language Notes, Performance Studies, Society and Space, The Goethe Yearbook, Theory in the Era of Climate Change, and The Yearbook of Comparative Literature. He is currently working on two main projects: a translation of Sonja Neef’s Der Babylonische Planet [The Babylonian Planet: Culture, Translation, and Deconstruction Under the Conditions of Globalization] and a monograph, Mineral Imaginaries: Literature for the Anthropocene, which articulates the shared minerality of the human and the earth in literature since 1800. 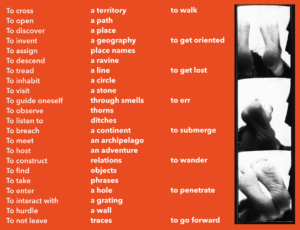