Babak Golkar was born in Berkeley in 1977. He spent most of his formative years in Tehran until 1996 when he migrated to Vancouver, where he obtained a Bachelor of Fine Arts in Visual Arts from Emily Carr Institute in 2003 and a Masters of Fine Arts from the University of British Columbia in 2006. Since then, Babak has been researching diverse subjects and cultivating a conceptual vocabulary and has developed an active career exhibiting works globally. His subjects of research have especially emerged from an interest in spatial analysis in relation to our contemporary systemic conditions that are overpowering human conditions. In merging and examining originally discrete systems and forms, asserting underlying unity as well as antagonistic elements, Babak engages a critical inquiry into cultural and socio-economical registers.

Through a variety of forms, including drawing, print, ceramics, sculpture and installation, Babak Golkar has developed a form-based dialectical investigation into human conditions of contemporary time.

A reiterative engagement with syncretic strategies has generated a practice that resides in a juxtaposition of disparate traditions. These strategies involve merging and examining originally discrete systems and forms, asserting underlying unity as well as antagonistic elements. By extension, new forms and meanings emerge from re-contextualization.

An underlying current in Golkar’s work is the inquiry into the individual’s compromise and negotiation when faced with the suppression and emotional distress of contemporary human conditions. A driving force behind recent projects has been a contention of perspective. Skewing the asserted certainty of perspective and questioning its formal grounds for reference and subsequent ideological stance. Exploring the physical position of the body in relationship to form, the physical points of reference, stance and spatial relationships, which subsequently echo a historical, cultural, political stance of mind. 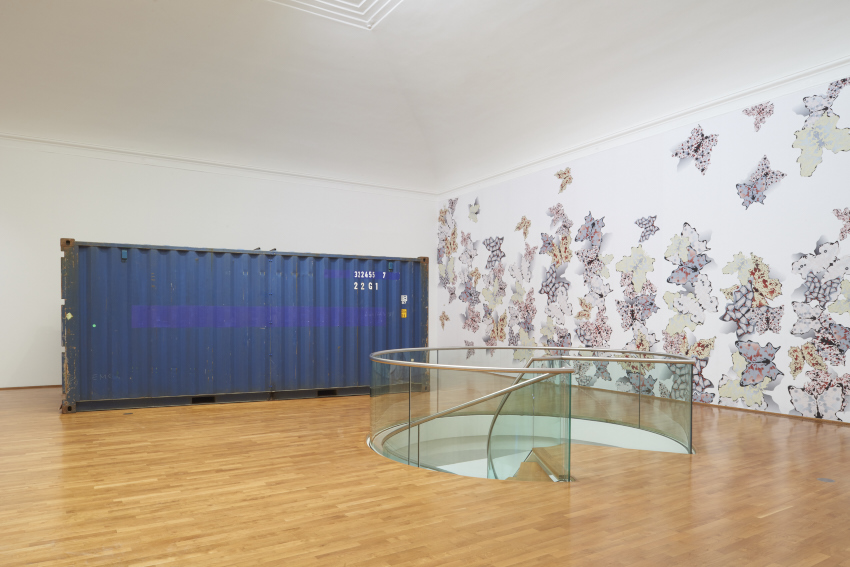