Am Johal works at the Vancity Office of Community Engagement in the Simon Fraser University Woodward’s Cultural Unit. He has previously worked on the Vancouver Agreement for urban economic and social development. He was the co-founder of University of British Columbia’s Humanities 101 program and was Chair of the Impact on Communities Coalition. He has been an advisor to two provincial cabinet ministers representing Transportation and Highways and Community Development, Cooperatives and Volunteers. He has undergraduate degrees in Human Kinetics (UBC) and Commerce (Royal Roads University), and an MA in International Economic Relations from the Institute for Social and European Studies in Hungary. He completed his dissertation ‘Ecological Metapolitics: Badiou and the Anthropocene’ in 2014.
“The Vancouver Institute for Social Research (VISR)” is an independent, para-academic, theory-based free school which began in February, 2013. Its intent is to move beyond the borders of the traditional university and to open up a more accessible platform in the city for the engaged discussion of critical theory.

Victoria Anne Reis is an artist, poet, writer, and public organizer based in Boring, OR. She has studied at Bruce High Quality Foundation University (BHQFU) in Brooklyn, NY.
manuel arturo abreu is a poet and artist from the Bronx. They live in Portland, OR.
home school is a free pop-up art school in Portland run by Victoria Anne Reis and manuel arturo abreu. It provides welcoming contexts for critical engagement with contemporary art and its issues. It’s pedagogy honors the casual rigor of the etymology of “school,” from the Greek ‘shkole,’ meaning “spare time, leisure, idleness, rest.” home school’s 2016 curriculum is funded by the Precipice Fund, the Andy Warhol Foundation for the Visual Arts, and the Calligram Foundation / Allie Furlotti.

Alejandra Salinas is an artist based in Seattle, Washington. part of the artist-duo with Aeron Bergman (Alejandra and Aeron) producing media, performance, internet, sound and sculptural works and objects in an interdisciplinary, conceptual yet socially engaged practice.
Alejandra Salinas has taught at art schools including Umeå Art Academy, Malmö Academy of Art, Trondheim Art Academy, Skive Art College in Denmark and the International Academy of Art, Palestine in Ramallah. Currently she is the Senior Artist-in-Residence at University of Washington Bothell.
Alejandra Salinas and Aeron Bergman founded Institute for New Connotative Action (INCA) in Detroit in 2010 and in Seattle in 2013. Artist-run initiative focuses on language within art field as well as language as art, particularly emphasizing issues of transformation and translation.

Philip Wohlstetter is a writer, organizer and political activist based in Seattle, WA. His project in 1983 around the issues of capitalism and urban settings resulted in the book Invisible Seattle: The Novel of Seattle, by Seattle. Wohlstetter studied at Columbia University, and was part of the Columbia University protests of 1968.
Red May University will be a self-organized university after the Red May events in May 2017. Red May will bring intellectuals and artists from different cities to the Seattle community during the month of May. 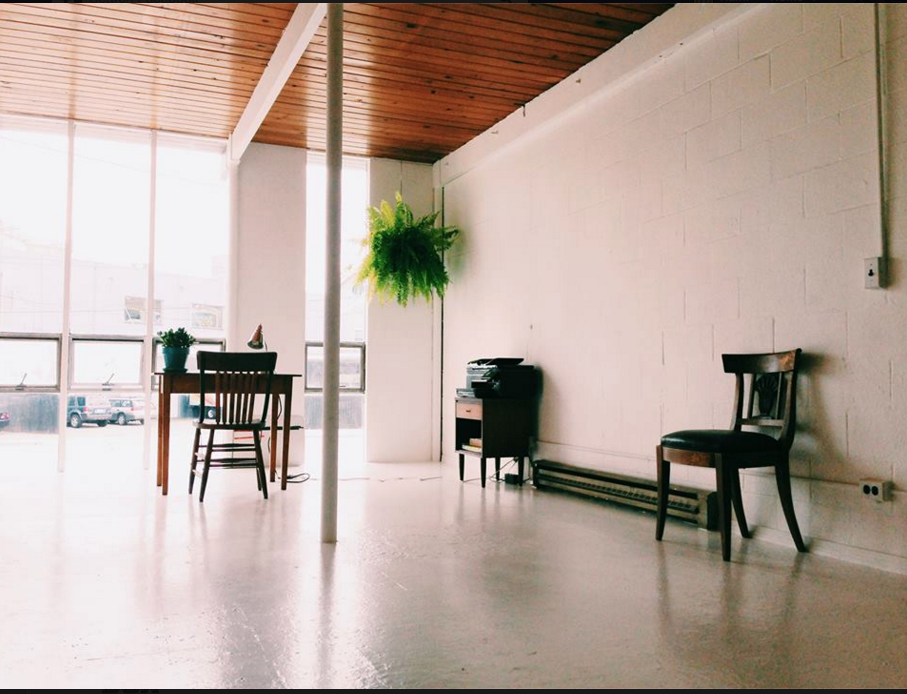 “The question I’d like to formulate today is, ‘can the university be an institution of the common?’ …is it worth continuing to invest our time in attempting to transform the university radically? Or, are our efforts, struggles, lives better spent by starting a mass exodus from the corporate university, and by working towards imagining and building different types of institutions altogether, along with attendant and constitutive forms of subjectivity and sociality? …the public university was first of all that, namely, public. But the common is also that which enables and yet is concealed in the distinction between public and private, as the foreclosed ground of the entire public/private binary, which is the first binary of capitalist ideology. [However,] it does not follow that we should feel no nostalgia for the public university… By a mass exodus from the university, I mean a systematic redirection of resources of all sorts, ranging from financial to psychological, from intellectual to infrastructural, and beyond… rather than funnelling the various university resources which are available to us alone, we ought to redirect such resources whenever possible and whenever useful, to building new types of institutions outside and beyond the confines of both the past and the present university, to institutions for the production and circulation of common knowledge, as well as a knowledge of the common. Neither public nor private, this kind of university might one day be known as the ‘common university’. It seems to me that this political project of exodus is well underway. This conference might well be a concrete example of it, as our experiments, about which we are concerned… are emerging and interacting with one another worldwide, ranging from The New Centre for Research & Practice to Ars Industrialis, from the Edu-Factory Collective (with their proposal for a global autonomous university) to Bidia Theory & Practice, located in India, from this experimental conference rooted here in the Twin Cities to the UniNomade series of seminars across the Italian peninsula, we need many more such experiments and such experiments need our energy more than ever. Ultimately, I am proposing a lopsided, double pronged strategy. We need to work at once within and against the university, as well as outside of the old university… the common university might not exist yet in actuality, but I do sense its powerful potentials, here and elsewhere” -Cesare Casarino

(“Farewell to the University, Without Nostalgia”, presented at Institutions on the Bleeding Edge Conference, organized by University of Minnesota’s Department of Cultural Studies and Comparative Literature, March 6, 2015) 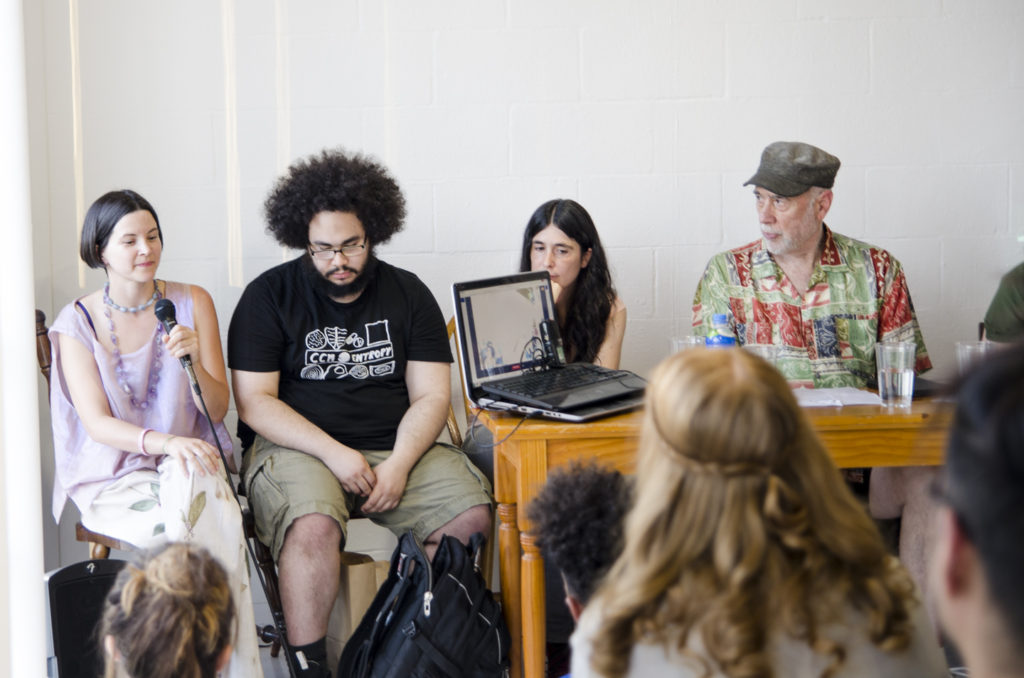 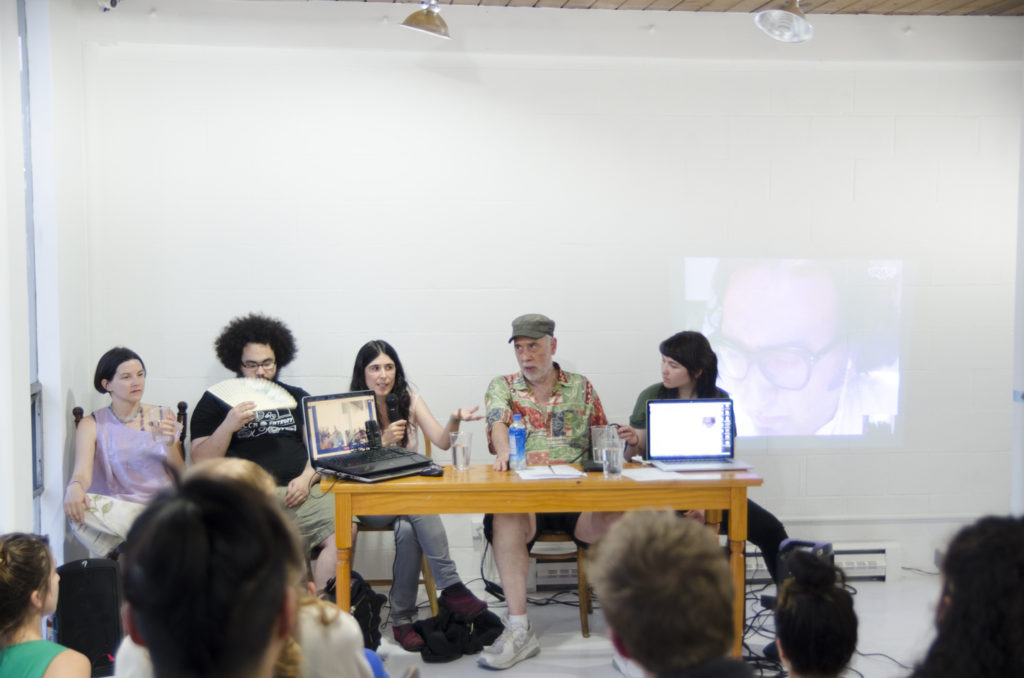 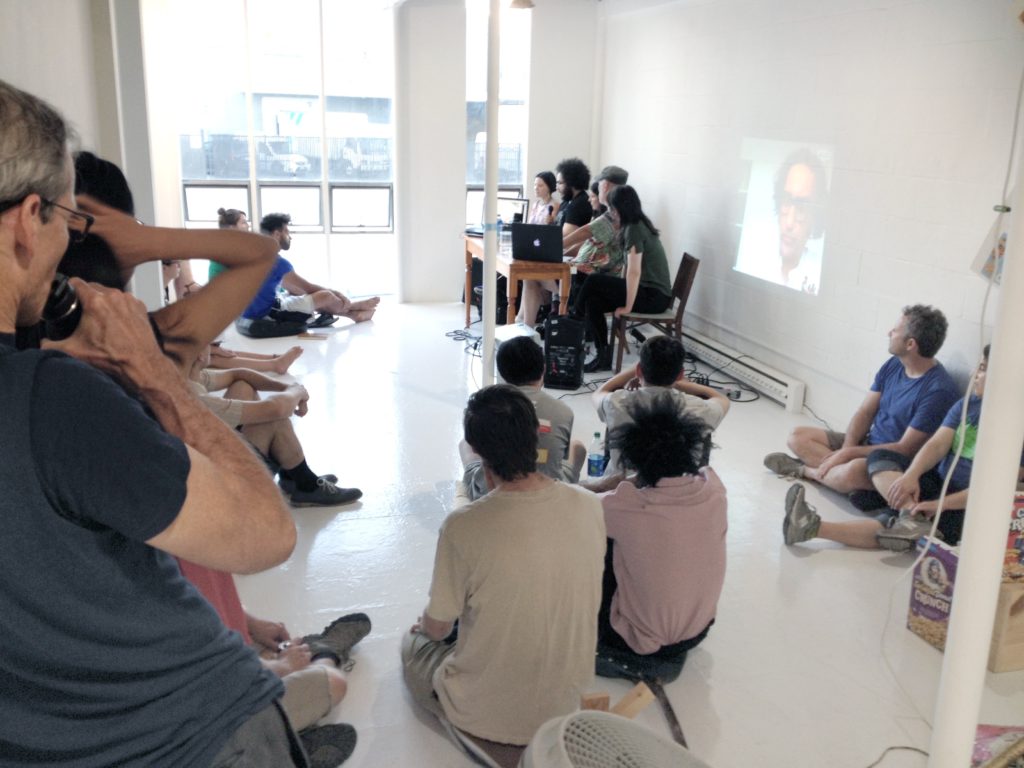